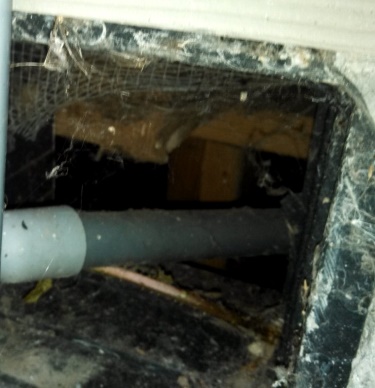 As a wildlife removal company in the Portland Metro area, we get a lot of calls from people dealing with nuisance wildlife.  Most of those calls are from home owners that have not actually seen a raccoon, opossum or other type of animal in or around their home.  Most of the calls are from what they hear in their home.  Scratching, gnawing and scurrying are usually a sure sign of an animal in your attic or crawl space.

If you are hearing something moving around, usually in the early morning hours, you may have a big problem.  Here are some typical animals that tend to find their way into your crawl space or attic and how to identify them:

Raccoons:  These animals can be sneaky.  Many people have raccoon’s in their home for a long time before they even know about it.  By the time that they realize it, it is often too late and immense amounts of damage have already been done.  If you do happen to catch wind of them, you will hear them shuffling around in either the attic or crawl space.  If you listen closely, you can hear the sound that they make that sounds almost like chirping.  If you have pets, they will know about the raccoon long before you do.  Pets will get Agitated, dogs will bark down your air ducts and cats will have their hair rise.  Look for these signs, but also check outside and see if you see any large entry points (i.e.  foundation vent screens missing).  Remember, raccoon’s are not small animals (typically bigger than cats and small dogs), so their entry points need to be larger.

Opossums:  These animals are just as sneaky as raccoon’s and have many of the same distinguishing traits as listed above.  Like raccoon’s, they are nocturnal and tend to move around more late at night and early in the morning.  They do not make any distinguishing noises that you can listen for like a raccoon would, but your pets will be just as agitated.  Again, look for larger entry points to your crawl space or attic.

Skunks:  These animals will not so much be heard as they will be smelled.  They do not often find themselves in crawl spaces, but definitely like your crawl space.  The odor will soon start to permeate through your floor and ducts and the smell will be unmistakable.  It is hard to get rid of, so do not delay in calling us if you think you have a skunk.

Squirrels and Rodents:  Many times people hear such loud noises in their attic or crawl space, that they assume it must be some large animal (like a raccoon), but rodents can make a lot of racket too.  On multiple occasions we are called out to homes expecting to find something big and determine that the home is infested with rodents (mice, rats or squirrels).  Although these smaller animals do less damage in a short period of time, they reproduce at an alarming rate and can quickly contaminate your insulation with droppings and urine.  Generally, you will hear them scurrying around or gnawing in the early morning hours.

Regardless of what animal you are dealing with, if you just want it to be removed, please give us a call and we would be happy to assist you!